Government needs to get public behind net-zero plans

Government has a battle on its hands convincing the public to get behind its 2050 net-zero plans, says Nusheen Hussain, Executive Director of Business Development at Home Group. 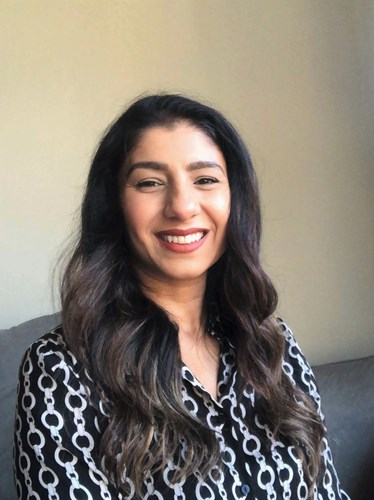 When COP26 gets underway on Halloween, it’s unlikely to be the horror show for the UK Government some commentators are predicting, but there’s likely to be a few scary moments along the way.

Because if, as expected, UK delegates are asked what the country thinks of its net-zero plans and targets, there could be some uncomfortable shuffling in seats and glances around the table – especially so, if the results of a poll out this week are reflective of the whole nation.

A YouGov poll, which surveyed over 2,000 members of the public from across the UK, suggests the Government has a significant amount of work to do if the public is to get aboard its net-zero journey.

The poll, aimed at understanding perceptions on sustainability generally, but specifically relating to peoples’ homes, shows that although the public is clear about the importance of protecting the planet for future generations, people are some way off understanding what part they play.

Commissioned by Home Group, the survey found that while 80% of respondents felt environmental sustainability was important, almost half of those asked (44%) hadn’t heard of the phrase net-zero, while of those who had 65% were oblivious to any of the Government’s net-zero targets.

For those in social housing the disparity was even broader. 63% of people had not heard of net-zero and 69% weren’t aware of the Government’s targets.

A similar picture emerged when questioned on more sustainable forms of heating in the home, and the costs associated with them.

By far the most significant hurdle putting people off moving from traditional heat sources like gas to new forms of heating is cost. 59% of respondents felt that alternative heat sources such as solar panels, or ground and air source heating, are too expensive.

Another barrier to embracing environmental sustainability in the home it seems is technology. 40% of people felt that the technology was too complicated.

Overall, the clear conclusion drawn from the fairly in-depth survey is that the vast majority of people are not as engaged as they should be, largely because there isn’t enough information out there to help them understand the terminology, targets or technology.

But, if the Government is going to achieve its ambitious net-zero targets, it’s imperative it does all it can to help people embrace new ways of living, starting in the home. In order for that to happen people need to be fully aware of what that entails.

They need to be across the technology, the cost implications, the support available and to enter the marketplace with confidence.

We do need to recognise that there is a lot of sceptism about these new and emerging technologies, and the reversal from a few years ago when Government promoted diesel vehicles still lingers.

We know there needs to be dramatic improvement and investment in alternative heat sources. We know there’s not enough of a competitive dynamic, and nowhere near enough R&D being undertaken because there isn’t enough critical mass in the sector. As a result, we know the product isn’t always consumer friendly, nor likely to stand the test of time. We also know there’s a colossal shortfall in the number of skilled professionals needed and, currently, a mighty void in the ability to train to scale.

However, addressing the above, as crucial as it is, could be fruitless if we don’t begin the engagement process with our customers, and the wider public. If not now, when?

At junctures like this we have seen in the past how important public awareness campaigns can be.

As a nation we have ran campaigns as far back as I can remember. From the Learn to Swim messages with Mike and Petunia in the 1970s to today’s Covid-19 campaigns.

The most successful I recall is the campaign to switch from analogue to digital, probably because I was heavily involved with it during my time working on the BBC’s digital switchover.

The switchover campaign was successful for a number of reasons. As well as being funded to the tune of £200m, it began long before the switchover was to take place. It knew the challenges ahead and was prepared for them.

The challenges they faced were, in part, similar to the ones we have now for net-zero – having to engage and communicate with an audience geographically spread, and harder to reach communities, demographically diverse, generally resistant to change and uncomfortable with new technology, and the perceived costs associated with it.

After Digital UK delivered the successful switchover campaign it revealed its top ten tips for implementing an effective campaign on this scale.

The main one I recall is ‘think holistically’. Real momentum, they said, is created when government, industry, sectors and communities all work together.

Housing associations absolutely have a role to play in helping customers embrace sustainability in the home. And most of us are doing that. The newly formed Greener Futures Partnership will play an important role in and out of our sector in this space.

But, as a sector, we haven’t the reach nor the resource needed to achieve the same level of impact as the switchover campaign. With a clear and consistent umbrella message, Government needs to be the campaign driver, supported by the likes of ourselves, energy providers, local authorities and others.

The scepticism that is rightly there needs to be addressed by the campaign, but it shouldn’t mean it can’t get off the blocks.

That way the 80% of those in the survey who know that protecting the environment is important will be able to join, and support, Government on its net-zero journey.

A commitment from Government for such a campaign is highly unlikely to come before COP26 – if at all – which means UK delegates should know which one is on its way when trick or treat comes round this Halloween.